This volume contains the letters that were written by. Although few in number, their contents provides a unique and personal insight into the relationship so of De La Salle and the first Brothers with whom he shaped the Institute. There are also some letters to individuals for whom he was a spiritual director..

The introduction and commentary by Colman Malloy, FSC, and Augustine Loes, FSC, gives the context for each of the letters and gives an overview of what they reveal about the writer of these letters.

De La Salle’s letters addressed to the Brothers have quite a different tone from those addressed to persons not belonging to the Institute. In the latter group there is generally a great deal of formality. … [A[ll correspondence with the Brothers begins without any formality at all, but in a familiar manner, with the words “My very dear Brothers” occurring usually within the opening sentence. Similarly, these letters invariably close with tout a vous, which is rendered “Totally yours.” The body of each of these letters reads like a conversation, while letters to people outside of the Institute are often in a style almost impossible to translate into the more familiar style of contemporary times. De La Salle identifies himself completely with the Brothers, abandoning all claims to the social status he possessed in a century and a society where such claims were rigorously maintained. (Pg. 8) 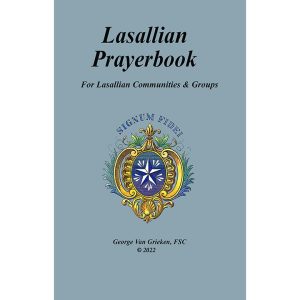 The Martyrs of Turon and Tarragona

This book is about the Brothers who were martyred during the Spanish Revolution (1934-1939).