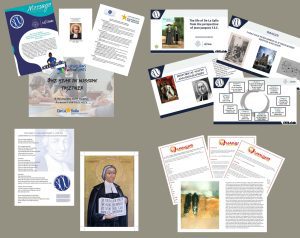 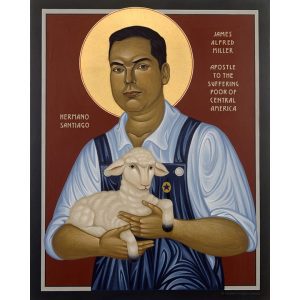 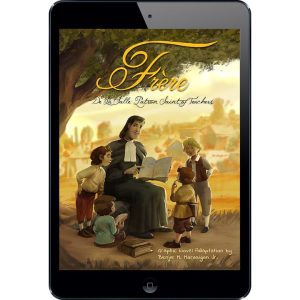 This is a graphic novel on the life of Saint John Baptist de La Salle that was created by De La Salle – College of Saint Benilde in the Philippines. It is based on a cartoon video of the same name, which may be seen HERE. 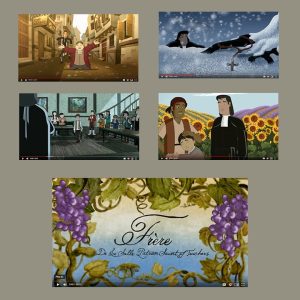 This is a movie-length cartoon about the life of Saint John Baptist de La Salle that was created by De La Salle – College of Saint Benilde in the Philippines in 2011. There is also a graphic novel of the same name, which may be seen HERE. 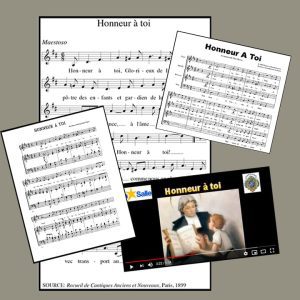 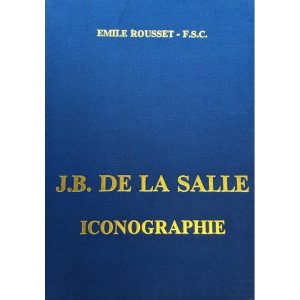 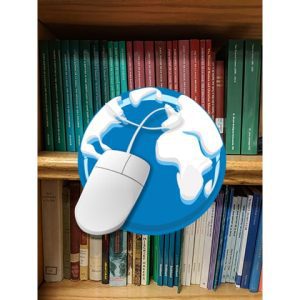 The resources listed below are  mostly available online and are indispensable in the work of creating and facilitating Lasallian mission formation programs at a Lasallian schools or institution.  Unless otherwise noted, all of these resources are available through this Lasallian Resource Center website.

The resources list was compiled by Dr. Greg Kopra for the “Local Formators Gathering” of the SFNO District in April 2019. 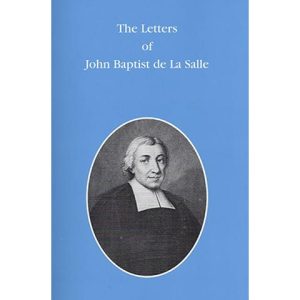 This volume contains the letters that were written by. Although few in number, their contents provides a unique and personal insight into the relationship so of De La Salle and the first Brothers with whom he shaped the Institute. There are also some letters to individuals for whom he was a spiritual director..

The introduction and commentary by Colman Malloy, FSC, and Augustine Loes, FSC, gives the context for each of the letters and gives an overview of what they reveal about the writer of these letters. 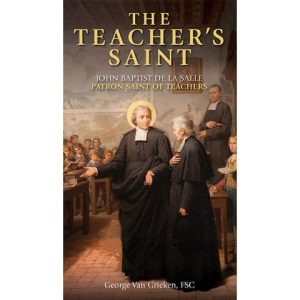 This short, accessible biography of the life and times of St. John Baptist de La Salle is written for all those who are interested enough in his life to want to know more but who don’t have the time or inclination to read longer biographies such as those by Luke Salm or Alfred Calcutt. Written in an appealing style, the main outlines of his life are presented, along with an introductory section that lays out the social, political, and religious context of his time.

NOTE: There is a 20% discount through the Saint Mary’s Press website for purchases of 2 or more copies with the code:TEACHERSAINT!

The book is available on Amazon as well. 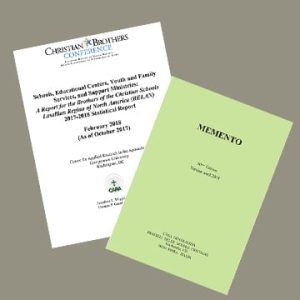 This page provides the latest statistics about the Brothers of the Christian Schools and their ministries throughout the world and within the Region of North America. (See below)

The Institute statistics come from the Memento, an annual summary from the Generalate in Rome. A PDF may be downloaded of this booklet.

The RELAN statistics comes from CARA (Center for Applied Research in the Apostolate), which published an annual report for the Lasallian Region of North America. Summary information is provided below. A PDF of the entire report may be downloaded through the link provided. 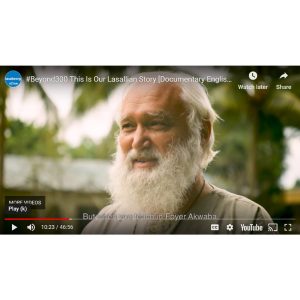 This Is Our Lasallian Story

This video shares a series of short vignettes about various Lasallian educational ministries around the world, many of them working the marginalized and needy. It is a wonderful, professionally created compendium of the range of Lasallian ministries. Both teachers, Brothers, students, and others involved in this mission contribute to a reflective narrative that highlights the unique loving approach of Lasallian ministry, supremely sensitive to others and eminently practical in addressing real needs. 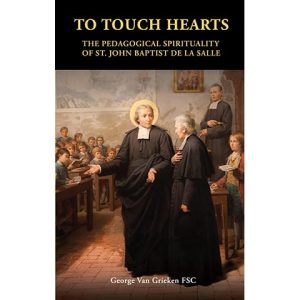 This book draws from two essential Lasallian works – The Conduct of Schools and the Meditations of John Baptist de La Salle – and develops characteristics of the pedagogical spirituality that they represent. The educational charism started in Reims in 1680 by De La Salle and his Brothers reaches around the globe today, touching educators of every kind. The book provides a deeper examination of what lies behind that popularity and ongoing relevance. 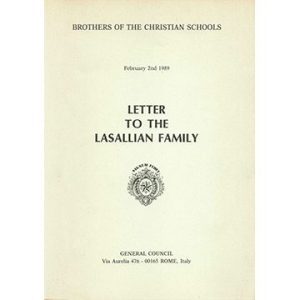 1989 Letter to the Lasallian Family

This Letter to the Lasallian Family was a seminal publication from the General Council of the time. It speaks ab out a variety of topics that are relevant to any discussion of “Association” in contemporary times.

The PDF version provided here is also an OCR version, so that you can search for key terms of phrases. 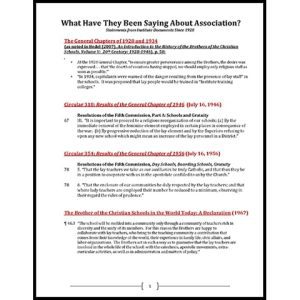 Association – Statements from Institute Documents Since 1928

These are selections from documents from the Institute of the Brothers of the Christian Schools concerning “association” and its developed understanding and application. 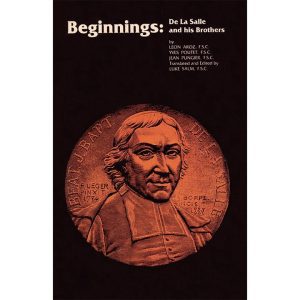 This little book was first published in 1980, and it has been out of print for many years. Yet it deserves much wider circulation, because it contains foundational context essays about St. John Baptist de La Salle. All were written by preeminent Lasallian scholars of the time. 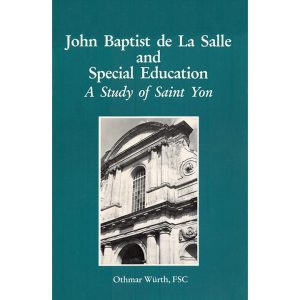 This book was first published in 1988 but has been out of print for many years. It is a study of the Lasallian educational enterprises that were established by St. John Baptist de La Salle and the Brothers of the Christian Schools at St. Yon in Rouen, France. It was here that one of the first secondary school curriculums was developed, along with a facility for court-adjudicated youth (and even adults).

The book provides many early principles, guidelines, and practices associated with educating unique and special students according to the same methologies and priorities that had already been effectively implemented at the elementary school level throughout France.

The book will be especially of interest to Youth and Family Service agencies, counselors, and others who work with youth with special needs. 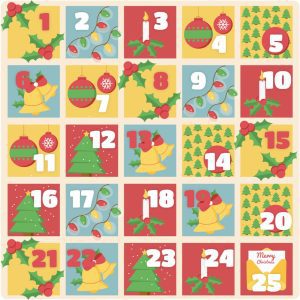 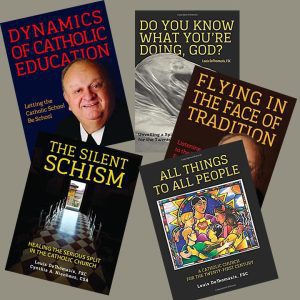 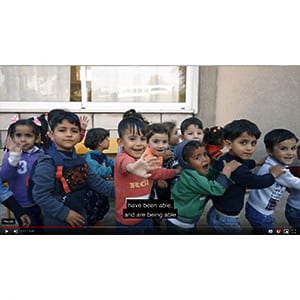 The Solidarity and Development Secretariat at the Casa Generalizia in Rome has been involved in the Fratelli Project for some years, where the Marist Brothers and the De La Salle Christian Brothers have joined in Lebanon to accompany Syrian, Iraqi and Lebanese children who have difficulties to study due to the armed conflicts in their countries.

This is a recent video of their ongoing ministry. More information and links in the longer description below. 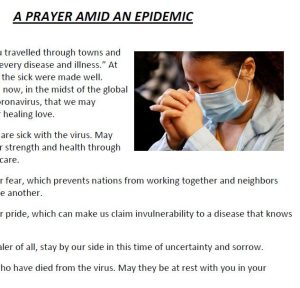 Prayer for the Coronavirus Outbreak

This is a prayer to address concerns around the worldwide coronavirus outbreak.

It was written by Kerry Weber from America Magazine.