Here are some resources that are available online, either via this website or others. These used to be two separate commemorations – that of Br. Jaime Hilario, and that of the Brother Martyrs of Turon. They are now commemorated together on the same date. 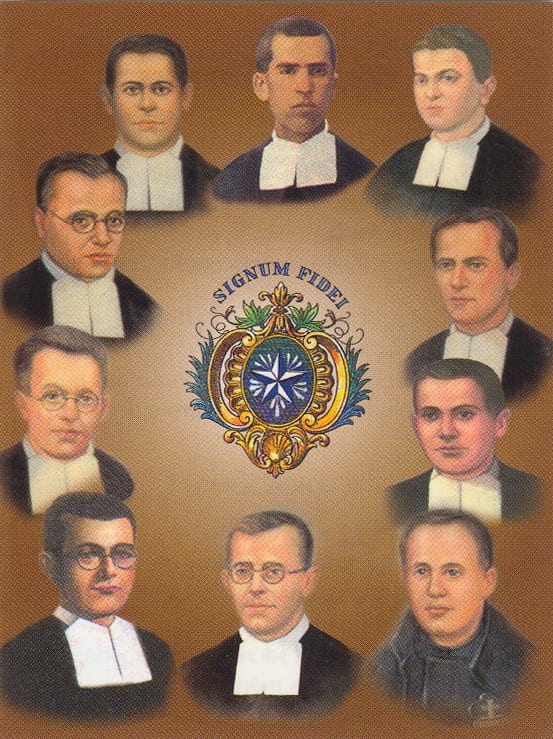 1) There is a video about Br. Jaime Hilario and a video about the Brother Martyrs of Turon that were done by Mr. Ed Sirois for his school community.

2) There is a book that provides the story about the lives of these martyrs.

3) Further online information and links may be found at Wikipedia about Jaime Hilario and about the Martyrs of Turon.

5) Their stories are included in a small PDF booklet about all the Lasallian saints.

7) The Motherhouse in Rome has provided  a PDF with the liturgical (Mass) readings and prayers for this Lasallian feast, a webpage about Br. Jaime Hilario, and a webpage about the Brother martyrs of Turon.

Manuel Barbal Cosan was born on 2 January 1898 in Enviny, a small town at the foot of the Pyrenees in northern Spain. Known for his serious nature, he was only 12 years old when, with the blessing of his devout and hardworking parents, he entered the minor seminary of the diocese of Urgel. He soon developed hearing problems and was advised to return home. Convinced that God was calling him, he was overjoyed in 1917 to learn that the Institute of the Brothers would accept him in the novitiate at Irun, Spain. After sixteen years in various teaching assignments, his hearing problems forced him to abandon the classroom to work in the garden at the house of formation at San José, in Tarragona.

In July of 1936 he was at Mollerosa on his way to visit his family at Enviny when the civil war broke out. Recognized as a Brother, he was arrested and jailed. In December he was transferred to Tarragona and confined in a prison ship with several other brothers. On 15 January 1937 he was given a summary trial. Though he could have been freed by claiming to be only a gardener, he insisted on his identity as a religious and thereby sealed his doom. He was brought to the cemetery known as the Mount of Olives on 18 January to face execution. His last words to his assailants were “To die for Christ, my young friends, is to live.” When two volleys failed to meet their mark, the soldiers dropped their rifles and fled in panic. The commander, shouting a gross insult, fired five shots at close range and the victim fell at his feet.

In 1934 Turón, a coal-mining town in the Asturias Province in Northwestern Spain, was the center of anti-government and anticlerical hostility in the years prior to the outbreak of the Spanish Civil War. The Brothers’ school was an irritant to the radicals in charge of the town because of the religious influence it exerted on the young. The Brothers were known to defy the ban on teaching religion and they openly escorted their students to Sunday Mass. On the First Friday of October, the authorities broke into the Brothers’ house on the pretext that arms had been hidden there. Father Inocencio, a Passionist, who had come the night before, was preparing to say Mass for the Brothers. They and their chaplain were arrested, detained over the weekend without trial, and then in the middle of the night were marched out to the cemetery where they were summarily shot. Brother Cirilo, the Director, was 46 years old and Brother Marciano, the cook, was 39. Brother Julián was 32 and all the rest were in their twenties. Aniceto, the youngest at 22, was still in triennial vows. They were arrested, detained, and executed as a community, victims of the hatred and violence against the Church, witnessed by their death to the faith they so courageously professed and so effectively communicated to their students.