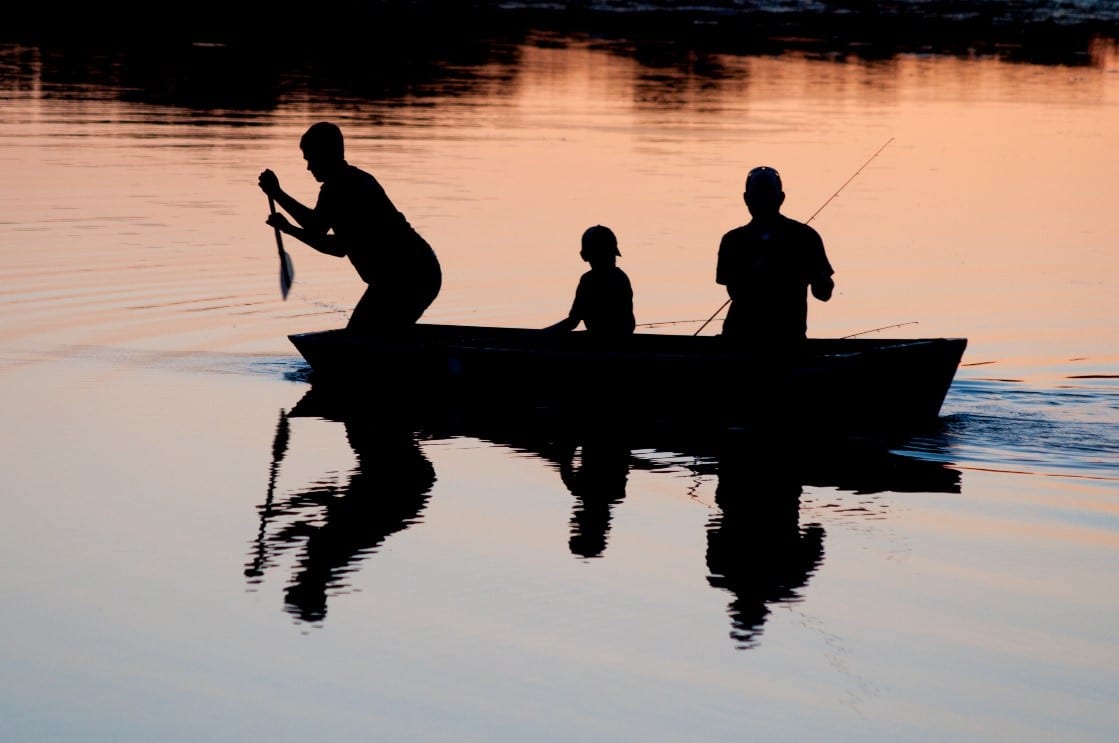 “You must win them over to practice the maxims of the holy Gospel, and to this end you must give them means that are easy and accommodated to their age. Gradually accustomed to this practice, when older they will have acquired these maxims as a kind of habit and will practice them without great difficulty.”
–  St. John Baptist de La Salle[1] –

Certain things “capture” our attention. It could start out small enough – something read, seen, exposed to, experienced, or undergone. But we are either well and truly hooked immediately, or we are drawn more and more into its embrace. Vocations, life interests, and relationships result, or perhaps vices, addictions, and obsessions. The difference lies in what gets the “face time,” what you return to again and again and again. Recall the story of the grandparent telling a grandchild that there are two wolves fighting inside a person. One is anger, envy, regret, greed, arrogance, self-pity, resentment, pride, and ego, while the other is joy, peace, love, hope, serenity, humility, kindness, compassion, and faith. When the child asked which wolf would win, the grandparent answered, “The one you feed.”[2]  It is a good example of De La Salle’s advice in the quote above.

In fact, what attracts or captivates us may over time shape much larger interests and behaviors. When I was in college, some Brothers invited me along to a Russian Byzantine Catholic Church in San Francisco in order to help sing in the small choir. That led to a deep appreciation for the music, liturgy, and theology of that tradition to this day. Similarly, years ago I read an historical novel by Patrick O’Brian. Now, his 20-volume Aubrey-Maturin series has become my go-to relaxation read. I just started my 4th journey through them, listening to Patrick Tull’s audio versions for variety.

So let’s agree that some little things can be really important in shaping people’s habits and lives. Now combine that with current realities surrounding politics, social media, mass advertising, online “get eyes” tactics, pervasive exposure to “emotions on acid” shows,[3] and an unavoidable use of virtual environments for educational purposes. There are a lot of hooks in the water here.

Thankfully, young people are generally much more intelligent and discerning than people believe. What is less prevalent is the experience and developed habit of choosing well. The first will come with time; the second is where parents, teachers, and mentors come in. Paradoxically, kids often appreciate it when they are given the structure to do well, when they are invited to reach more deeply, when they are motivated to help others in significant ways. High school student-led retreats are a privileged experience of this reality. In one high school from my past, the student-body president used to show up to student parties with a six-pack of Pepsi. And don’t think that this didn’t make an impression; but he was perfectly sincere in his choices, and the kids knew it.

Look at the opening quotation again. What relevant Gospel maxims can we make available to today’s students in “means that are easy and accommodated to their age”? Young people like a challenge, especially if it involves their growing character and identity. Perhaps there should be a modern equivalent to the daily universal exercise that was historically part of each Lasallian classroom: The Reflection.[4] This was a time when the Brother shared a story, news item, adage from scripture, etc., and “spoke directly to his pupils in a way which showed his concern for them and for their lives.”[5] It was designed as a moment for teaching the heart, for touching the heart. It was when “heart spoke to heart” in an otherwise highly organized classroom. Here, the teacher quietly led a path through the jungle of the students’ daily experiences, shared guideposts that deserved consideration along the way, was the grandparent who told a story about wolves. Others pay attention when you do that. It’s a nearby, shiny, personal hook in the water that is irresistible.

These short times of shared “reflection” can be either spontaneous or well planned. You can try to rely on the spontaneous version, but my vote is for the well planned one. “Being creative involves hard work … If you seek sudden inspiration, then work at it every day for a year or a lifetime. That is how it comes. As every famous golfer is said to have said when asked for the secret of his success: ‘I was just lucky. But the funny thing is that the harder I practice, the luckier I become.’”[6] Martha Graham, famous for her creative, spontaneous dancing style, once said to an interviewer, “It takes at least five years of rigorous training to be spontaneous.” There are no shortcuts.

Teachers compete with social media and tightly scripted, well-designed “emotions on acid” shows; all bright, pervasive, raw, and immediately accessible. Thankfully, genuine human encounters may yet pierce through such artificial mist with piercing clarity and power. This is the genuine touching of hearts that we so frequently talk about. And it still deserves to capture our greatest attention.

Photo by Jed Owen on Unsplash

[2] The story was first published in a 1978 book called “The Holy Spirit: Activating God’s Power in Your Life,” by Billy Graham. He admitted that he invented the story for a sermon some 40 years earlier.

[3] This was an online comment about “Euphoria” – a show that I have not and do not want to watch but that is very popular among young people. https://www.vice.com/en_us/article/wjvwkn/we-asked-teens-if-euphoria-is-realistic