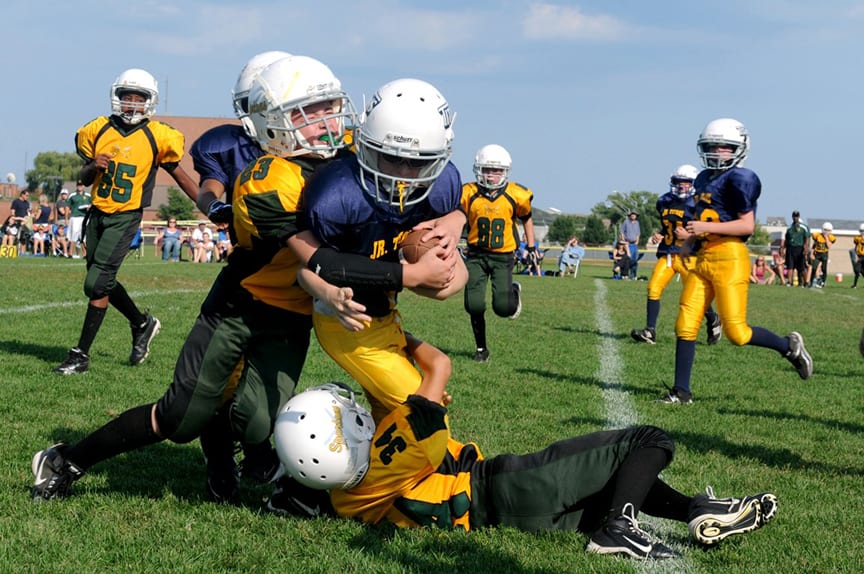 It is entirely contrary to decorum to grow overexcited when you play. Still, you should not play in a careless manner nor lose deliberately as a way of flattering your opponent. This would make the person with whom you are playing think that you care little about contributing to his enjoyment in a well-played match.

And so we come to Super Bowl Sunday, the closest thing that we have to a national ritual expression of our deep devotion to sports. Whether football fans or not, there are over 100,000,000 of us who tune in to cheer on our favorite teams, consume our favorite snacks, sit and argue the merits of players and plays with our favorite people, and generally settle into a comfortable afternoon as relaxing as that of the players is intensely active and professionally anxious. (Winners earn over $100K and a $35K ring.)

De La Salle understood the dynamics and positive aspects of sports and games. He wrote about the sorts of games that inner-city boys in 17th century France knew and loved outside of school . . . and sometimes during school. Here are some examples taken from the book he wrote on politeness, a book that was used as a reading textbook in his schools, so that these 10-to-13-year-old boys would learn something useful along with their reading skill.

As teachers and coaches, we can also learn from De La Salle that who we are and what we do influences others as much as, or even more than, what we say. “Example makes a much greater impression on the mind and heart than words, especially for children, since they do not yet have minds sufficiently able to reflect, and they ordinarily model themselves on the example of their teachers (coaches). . . . They are led more readily to do what they see done for them than what they hear told to them, above all when the teachers’ (coaches’) words are not in harmony with their actions.” (Med. 202.3)

A section of the Conduct of Schools (1720) lists, with real insight, six ways that a teacher can be unbearable to students.[1] Notice that it talks about teachers being unbearable, not students. With a few slight changes, here is how that section might be applied to coaches and sports.

So when you watch the Super Bowl, think on these things, and see whether it might be helpful to text De La Salle’s advice to the players and coaches in order to ensure “a well-played match.”

[1] There is also a section that lists six ways that a teacher’s (coach’s) weakness leads to laxity, but there is not enough space in this reflection to list them. Worth looking up, however, in The Conduct of the Christian Schools (2007) – Pages 135-137.