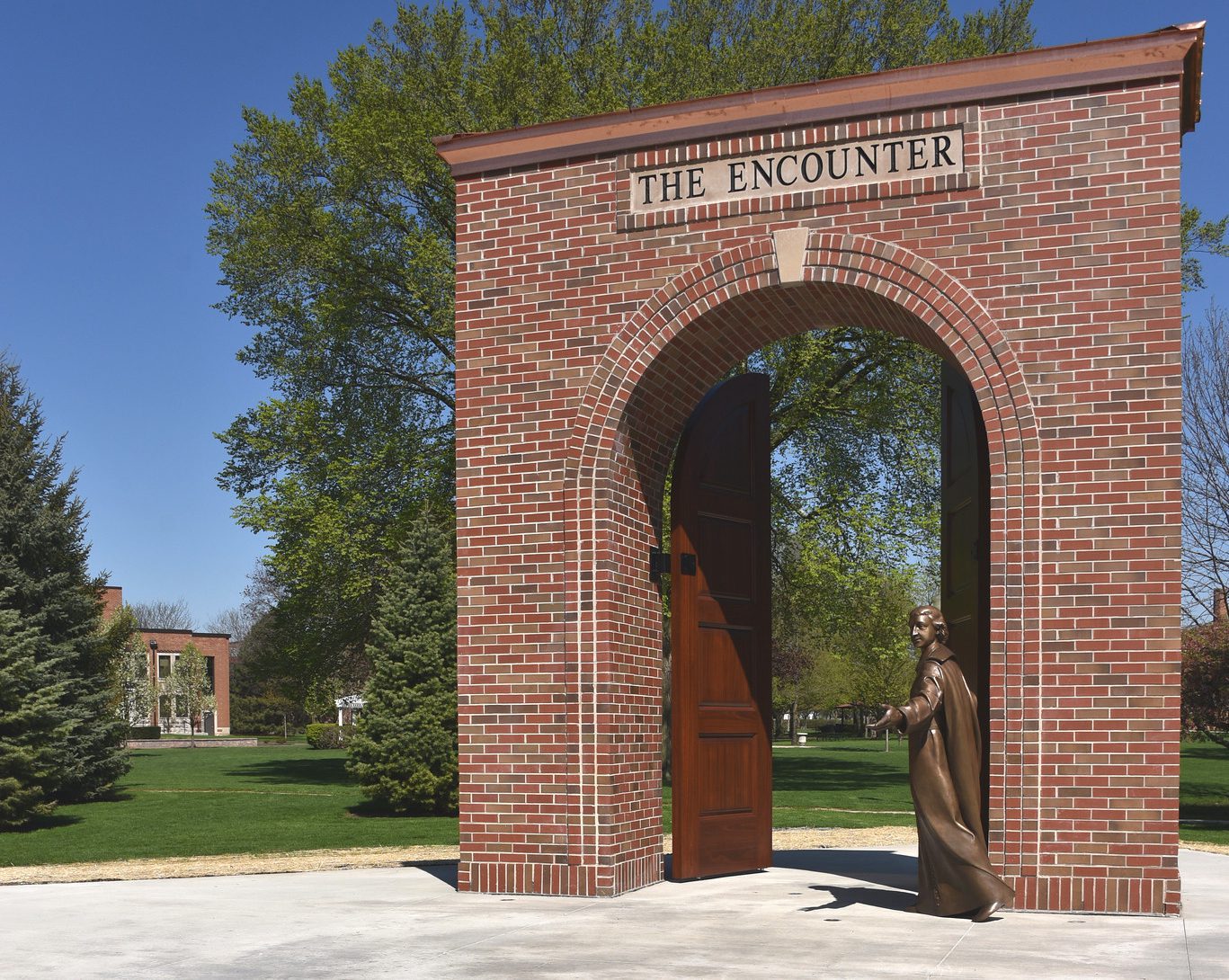 The remembrance of God’s presence will be a great advantage in helping you
and in inspiring you to do all your actions well.

Like De La Salle himself, we keep coming back to that central, shimmering, pregnant insight about remembering God’s presence in all that we see, do, and pursue. Christ dwells in the midst of the daily tasks, encounters, decisions, and experiences that make up our day. Where else find the resurrected Christ, the Holy Spirit alive?[2] You can’t think your way to salvation.

This struck me most powerfully recently when I was reading a commencement address by Fred Buechner at a (non-Catholic) seminary. “Again and again Christ is present not where, as priests, you would be apt to look for him but precisely where you wouldn’t have thought to look for him in a thousand years. The great preacher, the sunset, the Mozart Requiem can leave you cold, but the child in the doorway, the rain on the roof, the half-remembered dream, can speak of him and for him with an eloquence that turns your knees to water.”[3] Nicely put! How many of us haven’t noticed, heard, said, or did something that, small though it was, made our world spin? De La Salle’s generous response during the brief encounter with Adrian Nyel at the door of the Sister of the Infant Jesus convent was such a pivotal moment, although even this wouldn’t have happened if a whole chain of other events hadn’t brought them both there at precisely that time, with precisely their personalities and interests, and with precisely their priorities and religious sensibilities. It was this unlikely providential mash-up, if you will, that resulted in an educational movement that was started by a lay man, established and shaped by a priest, and that is now carried out by Brothers and Partners from all backgrounds, vocations, and cultures. You just can’t make this stuff up! It brings to mind parallels to the overwhelming providential circumstances that led to our own blue planet’s physical existence.

“Astronomers disagree on just how rare life is in the universe, but Earth nonetheless boasts several features that make it ‘just right’ for life as we know it. The right ingredients: A planet needs liquid water, an energy source, and chemical building blocks like carbon, oxygen, hydrogen and nitrogen for the life forms we’re familiar with to thrive. The right crust: Gas giants and molten worlds need not apply. Luckily, Earth possesses the suitable distribution of elements to ensure a hot metallic core and a rocky mantle. The right temperature: The necessity for liquid water also means that planetary temperatures must permit the substance to retain its liquid form in some regions. The right moon: Our large moon ensures climate stability by minimizing changes in planetary tilt. If our planet didn’t have a tilt, it wouldn’t have seasons. Likewise, a severe tilt would result in extreme seasons. The right star: The sun provides Earth with the energy for life and is thankfully rather stable. [Earth lies in a habitable zone that allows water to remain a liquid – The Goldilocks Zone – and have a stable orbit because of the moon’s distance and size.] … The right core: Earth’s solid inner core and liquid outer core play crucial roles in protecting life from deadly solar radiation. Differences in temperature and composition in the two core regions drive this powerful dynamo, emitting Earth’s protective electromagnetic field. The right neighbors: Jupiter shields Earth from constant stellar bombardment. Without the gas giant in the neighborhood, scientists predict that Earth would endure 10,000 times as many asteroid and comet strikes.”[4] And this list doesn’t even include things like breathable air, the variety of species, and our human brain.[5]

What does all that mean for us, as educators who value the complexity of God’s presence? Buechner says it best and echoes De La Salle. “God speaks into or out of the thick of our days. He speaks not just through the sounds we hear, of course, but through events in all their complexity and variety, though the harmonies and disharmonies and counterpoint of all that happens. As to the meaning of what he says, there are times that we are apt to think we know. … To try to express in even the most insightful and theologically sophisticated terms the meaning of what God speaks through the events of our lives is as precarious a business as to try to express the meaning of the sound of rain on the roof or the spectacle of the setting sun. But I choose to believe that he speaks nonetheless, and the reason that his words are impossible to capture in human language is of course that they are ultimately always incarnate words. They are words fleshed out in the everydayness not less than in the crises of our experience.”[6]

May we each discover the active verb that ties our daily encounters to our life’s vocation.

[2] “Earnestly ask Jesus that all your work be energized by his Spirit and draw all its power from him.” (Med 195.3)

[5] For a really interesting overview of all this, see “One Strange Rock” (National Geographic). Available on Netflix.